There is a long and rich history of government public health efforts to educate and inform the public about nutrition and healthy eating. The first daily food guide, published in 1916, paved the way for a host of scientific documents, reports, brochures, symbols, and educational campaigns, including the Basic Seven Foods, the Food Guide Pyramid, and the Nutrition Facts panel. As a result of efforts such as these, Americans today have access to more information about nutrition than any previous generation. And yet the nation is facing a crisis of obesity and diet-related chronic diseases. Although there are many factors that influence what and how Americans eat, it is clear that there is a disconnect between dietary recommendations and actual consumption. Most of the front-of-package (FOP) systems that have been developed to date follow in the tradition of providing consumers with nutrition information. The use of such systems implicitly assumes that consumers are receiving appropriate nutrition information, whose impact can be enhanced by making it more prominent (i.e., putting it on the front of packages) and by delivering it more concisely. After reviewing evidence and perspectives from a wide range of disciplines, the committee came to a different conclusion.

A recirculating planar magnetron (RPM), operating in the pi-mode and utilizing a compact, waveguide-based extraction scheme was simulated using ICEPIC. At an applied voltage of 300 kV and B-field of 0.140T, output power of the six-module RPM was 565 MW with 33% efficiency. The oscillator was found to operate at frequency of 2.245 GHz. Increasing the number of extracted modules in the RPM was found to result a linear increase in power at the rate of 120 MW per module.

ACRP Report 100: Recycling Best PracticesA Guidebook for Advancing Recycling from Aircraft Cabins is a simple-to-use guidebook of recycling strategies, including a set of recycling best practices summary sheets targeted to specific airport-industry recycling practitioners (summary sheets are available in Appendix B or can be downloaded from www.trb.org/ Main/Blurbs/169528.aspx). The guidebook targets airport operators, airlines, flight kitchens, and others that may have an interest in recycling. The report describes procedures for recycling airport, airline, and flight kitchen waste and recommends action plans to improve recycling and reduce waste disposal costs for airports of varying sizes and characteristics.

Weather threatens surface transportation nationwide and impacts roadway mobility, safety, and productivity. There is a perception that traffic managers can do little about weather. However, three types of mitigation measures control, treatment, and advisory strategies may be employed in response to weather threats. Road weather data sharing, analysis, and integration are critical to the development of better road weather management strategies. Environmental information serves as decision support to traffic, maintenance, and emergency managers; and allows motorists to cope with weather effects through trip deferrals, route detours, or driving behavior. The Road Weather Management Program of the Federal Highway Administration (FHWA) promotes and facilitates deployment of integrated road weather systems, decision support applications, and effective management practices. 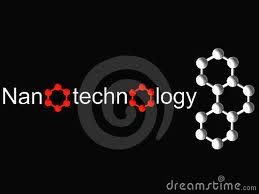 Remotely manipulating a large number of microscopic objects is important to soft-condensed matter physics, biophysics, and nanotechnology. Optical tweezers and optoelectronic tweezers have been widely used for this purpose but face critical challenges when applied to nanoscale objects, including severe photoinduced damages, undesired ionic convections, or irreversible particle immobilization on surfaces. We report here the first demonstration of a lipid bilayer-integrated optoelectronic tweezers system for simultaneous manipulation of hundreds of 60 nm gold nanoparticles in an arbitrary pattern. We use a fluid lipid bilayer membrane with a 5 nm thickness supported by a photoconductive electrode to confine the diffusion of chemically tethered nanoparticles in a two-dimensional space. Application of an external a.c. voltage together with patterned light selectively activates the photoconducting electrode that creates strong electric field localized near the surface. The field strength changes most significantly at the activated electrode surface where the particles tethered to the membrane thus experience the strongest dielectrophoretic forces. This design allows us to efficiently achieve dynamic, reversible, and parallel manipulation of many nanoparticles. Our approach to integrate biomolecular structures with optoelectronic devices offers a new platform enabling the study of thermodynamics in many particle systems and the selective transport of nanoscale objects for broad applications in biosensing and cellular mechanotransductions.

One of the most challenging aspects of a human mission to Mars is landing safely on the Martian surface. Mars has such low atmospheric density that decelerating large masses (tens of metric tons) requires methods that have not yet been demonstrated, and are not yet planned in future Mars missions. To identify the most promising options for Mars entry, descent, and landing, and to plan development of the needed technologies, NASA’s Human Architecture Team (HAT) has refined candidate methods for emplacing needed elements of the human Mars exploration architecture (such as ascent vehicles and habitats) on the Mars surface. This paper explains the detailed, optimized simulations that have been developed to define the mass needed at Mars arrival to accomplish the entry, descent, and landing functions. Based on previous work, technology options for hypersonic deceleration include rigid, mid-L/D (lift-to-drag ratio) aeroshells, and inflatable aerodynamic decelerators (IADs). The hypersonic IADs, or HIADs, are about 20% less massive than the rigid vehicles, but both have their technology development challenges. For the supersonic regime, supersonic retropropulsion (SRP) is an attractive option, since a propulsive stage must be carried for terminal descent and can be ignited at higher speeds. The use of SRP eliminates the need for an additional deceleration system, but SRP is at a low Technology Readiness Level (TRL) in that the interacting plumes are not well-characterized, and their effect on vehicle stability has not been studied, to date. These architecture-level assessments have been used to define the key performance parameters and a technology development strategy for achieving the challenging mission of landing large payloads on Mars.